Public health officials said that anyone who has been to the market during the past two weeks should go to a nearby hospital for screening as soon as possible.

As for the cases in the Hua Hin area, 4 were linked to a new cluster at Huay Sat Yai.

In addition, other infections were found in Hua Hin that did not have any links to existing clusters.

Because of this, officials warned people in Hua Hin to strictly follow the preventative measures set by the Ministry of Public aimed at limiting infections.

Meanwhile, 166 people were also discharged from hospital or quarantine having made a full recovery.

Of the 10,126 cumulative total cases in the province, 946 are currently receiving treatment in hospital or are staying in quarantine, while a total of 9,676 have made a full recovery and have already been discharged.

Health officials say 31 patients are currently in a serious condition in hospital, while 217 others are in what is described as a moderate condition.

Health officials also reported a total of 426,335 vaccine doses have been administered in the province. 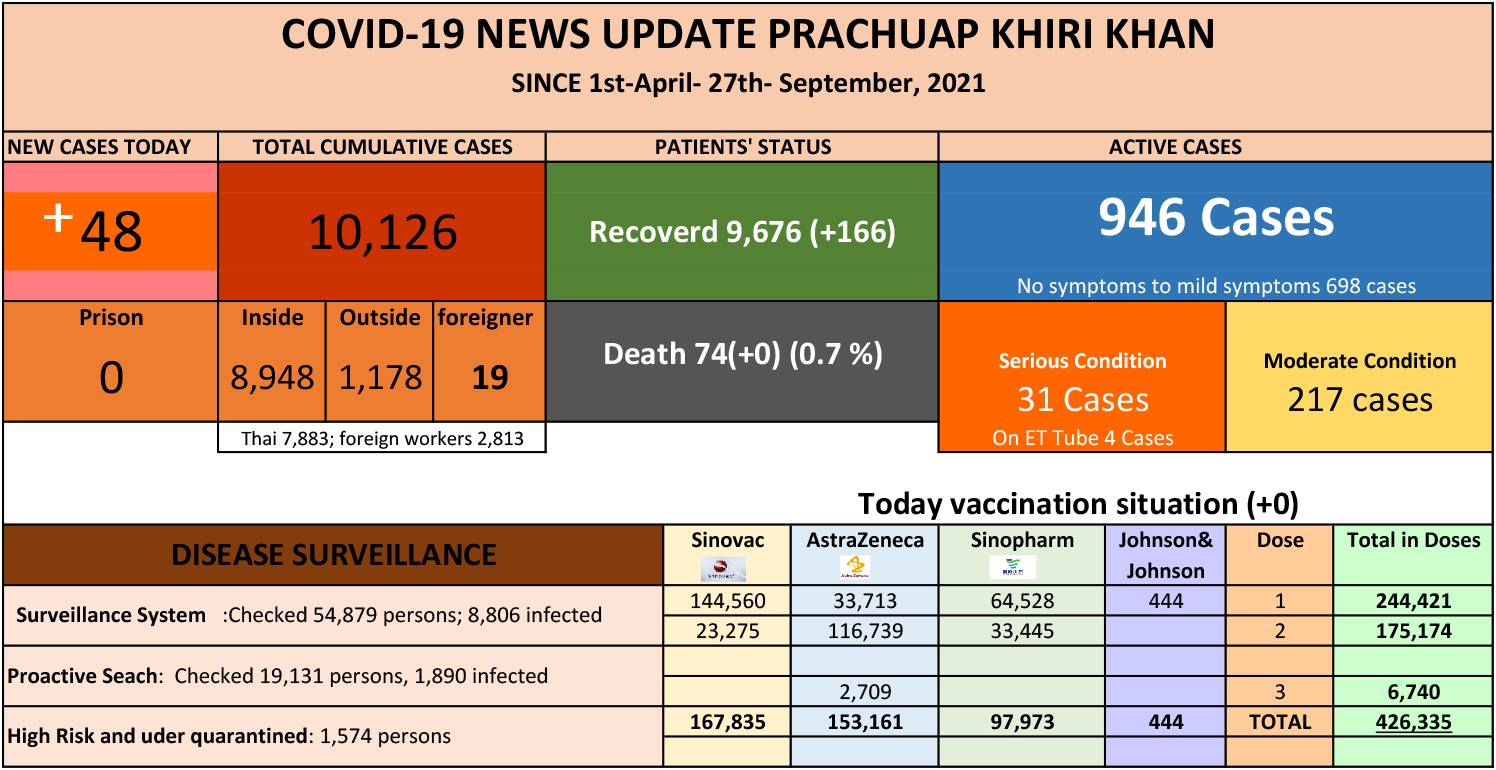