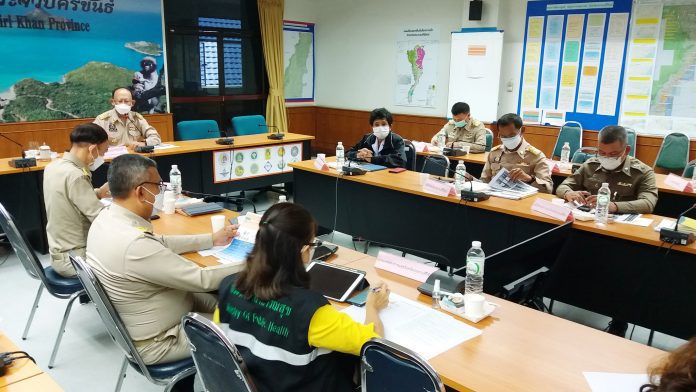 Speeding drivers were the cause of almost half of all road traffic accidents throughout Prachuap Khiri Khan during the Songkran festival.

Speaking at the closure of the province’s “New way of life, drive safely, no accidents” road safety campaign, Mr Prompiriya Kitnuson, deputy governor of Prachuap Khiri Khan said there were a total of 27 accidents, 27 injuries, and 3 deaths between April 11-17, 2022.

The number of accidents, injuries and deaths was much lower than the targets outlined by provincial officials before the start of Songkran.

Previously officials had set targets of no more than 47 accidents, 48 injuries and 4 deaths on the province’s roads during the week long Songkran festival, dubbed ‘seven dangerous days’ by Thai media.

As is the case with road traffic accidents in Thailand throughout the year, motorcyclists were involved in more accidents than other types of vehicles (21 accidents).

*some accidents may have had more than one cause

Mr Prompiriya, thanked staff from all sectors for their hard work during the road safety campaign and helping facilitate traffic and ensure road users’ safety during Songkran.

Mr Prompiriya added that all accident data will be submitted to the relevant agencies to analyze the cause and devise preventive measures.

Officials will also step up road safety measures in each district throughout the rest of the year to help raise awareness of safe driving.

Nationally, a total of 1,917 accidents, 1,869 injuries and 278 deaths were reported in Thailand during Songkran.

Chiang Rai province reported the most accidents with 66, while Chiang Mai reported the highest number of injuries.

Bangkok recored the most deaths with 13.