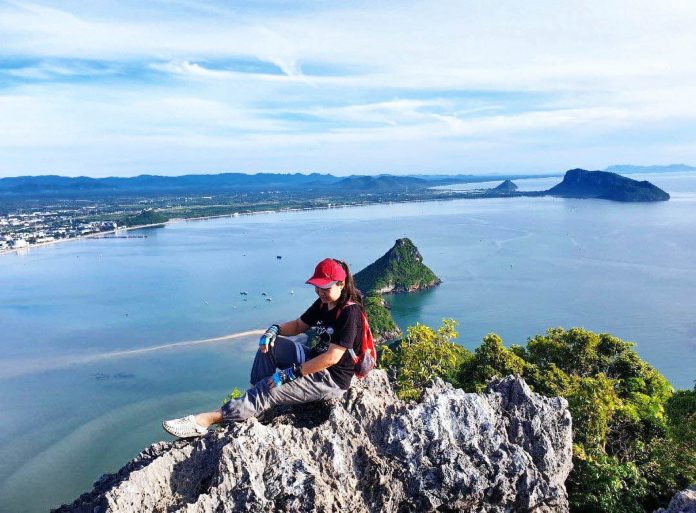 Tourism officials aim to use sport tourism as a means to attract more tourists to visit Prachuap Khiri Khan.

Mr. Isara Thapanaset, director of the Tourism Authority of Thailand, Prachuap Khiri Khan (TAT) said the region has a lot to benefit from sports tourism.

Sports tourism is the act of travelling from one locality to another, with the intention of being in some way involved with a sporting activity or event, either by watching or participating.

Mr. Isara said that sports tourism can not only help to attract more tourists but also boost the local economy.

According to surveys conducted by TAT, sports tourists spend on average three or four times more than other tourists, Mr. Isara.

In addition, the sports tourism sector is gaining popularity among both Thai and foreign tourists, particularly in Mueang Prachuap District, where the environment and area are conducive to sports activities such as hiking and cycling.

Promoting sports tourism is also in line with the provincial policy of encouraging tourists to travel and exercise more, which in turn helps to establish the region as a wellness tourism destination.

Mr. Isara explained how the Tourism Authority of Thailand, Prachuap Khiri Khan Office, in collaboration with various partners, organized two sports tourism activities with the aim of boosting tourism in the region throughout September.

The first of the activities is ‘Bike for Drink’, which takes place in Wanakorn Beach and is where participants can hire bicycles and explore the nearby national park and beach areas, earning vouchers for a local coffee shop as they go.

The second event sees the re-opening of the Khao Lom Muak viewpoint, where participants can climb 902 feet to the summit and experience some of the most spectacular views across Wing 5, Ao Manao and beyond. The climbs take place on September 3, 4, 24, and 25 and participants must register beforehand.

Meanwhile, TAT have said that anyone who books accommodation in Prachuap Khiri Khan for sports tourism events or activities will be entered into a draw to win a host of different prizes, such as accommodation, paddle boarding, ATV, and a banana boat within Wing 5 at Ao Manao.