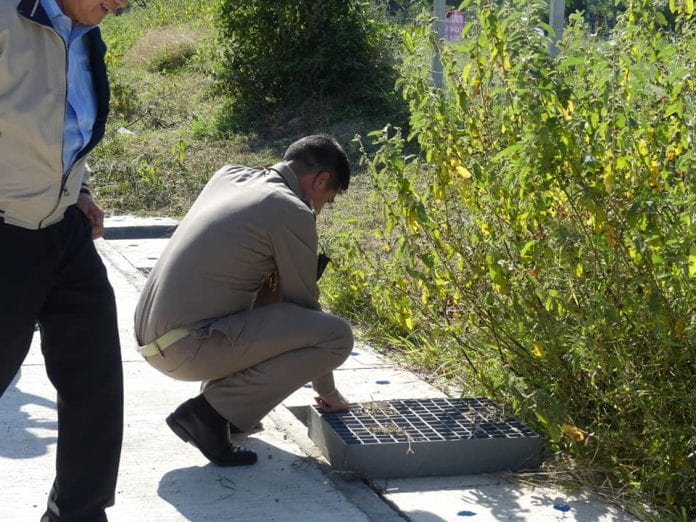 9 Dec, HUA HIN – In the early morning of December 8, a culprit had stolen 25 steel drainage covers in Soi Hua Hin 102. Both sides of the road were recently built with reinforced concrete and have steel drainage covers along its side. Authorities found the steel covers were missing and cemented slabs were replaced instead. The steel cover has a diameter of 50 x 58cm and weighs reasonably heavy.

During the night, the street is most of the time quiet and empty. One of the neighbours said that at around 1:00 – 2:00am he heard the dogs barking oddly but didn’t dare to go out and check as it might not be safe. 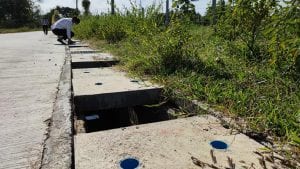 The next morning, it was discovered that 25 drainage steel covers on the side of the roads were missing. Mayor Nopporn Wuttikul ordered an immediate investigation and told police to hunt down the culprits and bring them in for prosecution.

It was believed that two or more people were involved in the robbery. The mayor plans to install more surveillance cameras in the area.

Any information leading to the culprits, kindly report immediately to the police or the municipality. 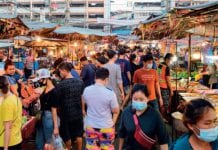 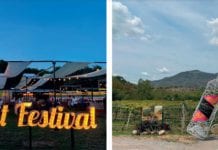