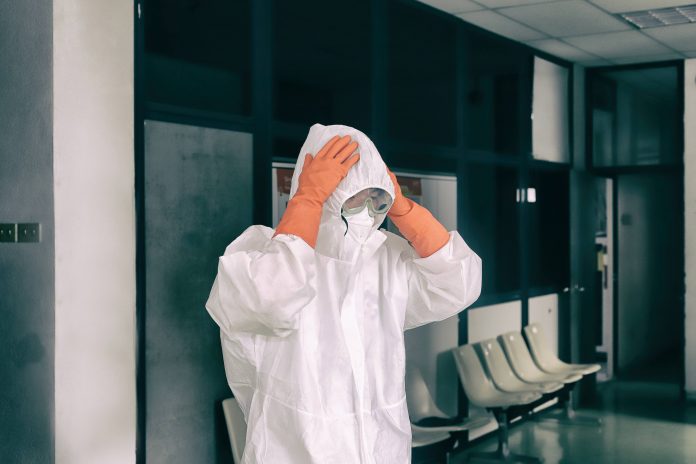 Health officials have reported a surge in people taking COVID-19 tests at Prachuap Hospital after the discovery of a cluster from a private birthday party in Kuiburi.

In recent weeks, scores of people have taken COVID-19 tests at the hospital with staff saying they are currently testing more than 300 people per day.

Previously, medical technicians worked 2 rounds a day, but now, due to the increasing number of people seeking tests, hospital staff have been forced to open the testing laboratory 24 hours per day.

While the hospital processes RT-PCR tests from all over the province, including Mueang Prachuap, Thap Sakae, Bang Saphan and Bang Saphan Noi, many of the tests are from people in Kuiburi.

Health officials said that in May, Prachuap Hospital was processing 826 tests, which rose to 3,803 tests in June. However, by the end of July 8,242 people had sought tests, with the number expected to rise further in August.

Now the laboratory at Prachuap Khiri Khan Hospital has the potential to test 90 samples per round or 270 test samples per day.

With the increased workload, staff at Prachuap Hospital have also taken measures to protect themselves from COVID-infected patients and those who are at risk.

All workers involved with COVID-19 must take the highest precautions, including doctors, pharmacists, nurses, medical technicians, patient helpers and even housekeeping, who are all required to wear protective gear at all times.

As for the nurses who are responsible for caring for patients, they must change protective gear every two hours.

Meanwhile, it also revealed the hospital has enough supplies to last for two months and while there should not be shortage, officials said they would welcome any donations of equipment or even food and drinking water for medical personnel and patients.

Anyone who wishes to make a donation to the hospital can do so by calling You can call to 032-601 060 during office hours.