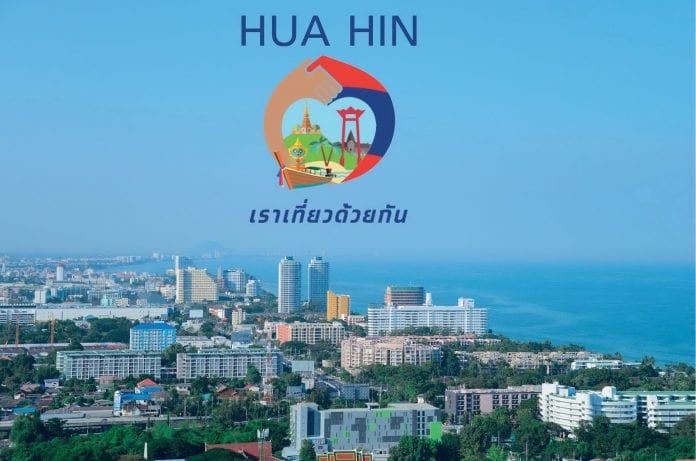 The new project, translates as “let’s travel together,” aims to promote domestic tourism using government bonus subsidies for hotel guests to be paid through the hotels according to number of daily bookings that particular eligible hotels receive.

TAT says that it has found that some hotels are falsely over-inflating the number of daily bookings recorded that are more than there are available rooms.

“Rao Thiew Duay Kan” is a joint campaign organised by the government and the TAT to promote domestic travelling and lodging by offering 40 per cent discount off hotel accommodation cost not exceeding 3,000 baht per room per night.

A maximum of 15 rooms for 15 nights is allowed per reservation to be eligible for the government subsidy from 16 December 2020 onwards.

In addition, the government also provides to hotel guests bonus meal/travel coupons worth 900 baht (Monday-Thursday) and 600 baht (Friday-Sunday) per room per day. Guests receives from their hotels the meal/travel coupon once a day after 5.00 pm starting from the check-in date and expiring at 11.59 pm on check-out date.

This scheme accepts only cash payments made to hotels by guests. The government will not fund any hotels that accept payments online. No cancellations, transfers or refunds are allowed for a booked reservation.

The bonus government coupons can also be used at any participating restaurants and tourist attractions where guests would only pay 60 per cent of the costs with the government paying the remaining 40 per cent.

Businesses eligible to participate in the promotional project are: Hotels or villas licensed to operate as hotels. Those without a licence must file a VAT form or a value-added tax form (por por 20) at the local tax department.

Also restaurants, tourist spots/attractions as listed by the TAT, licensed OTOP (One Tambon One Product) shops approved by the Ministry of Interior, certified spa and health massage parlours and licensed car rental and boat rental services.

Social media posts loudly sounded the alarm bells about possible hotel scams. On checking some of these consumer posts, TAT found that a hotel in Hua Hin with a capacity of 40 rooms had declared 200-300 rooms occupied per day.

CCTV camera recording was used to see how a hotel with 40 guest rooms can declare 200-300 check-ins per day. After thorough checking of the hotel’s reservation record, the resort hotel is now under scrutiny by the authorities and its name has been removed from the campaign’s list.

Other social media posts also showed more than 6,000 recorded reservations made in a day to a particular hotel despite the fact that it was impossible for the hotel to accommodate this number of guests in a day. The posts went viral when it showed images of guests checking in (or pretending to check in) without any luggage.

One incident showed a woman traveller calling the hotel just to make a reservation and did not intend to check in as she only wanted to collect the bonus coupon and make use of its 40 per cent discount privilege.

Pol Col Rathpong Kaewyod said: “In regard to this matter, all evidence collected must be examined thoroughly and carefully before making any conclusions as it can be viewed from several angles. Some of the people actually use their rights but there may be some other people who rely on vulnerability in the system for personal gain.”

According to TAT, it and the Fiscal Policy Office will need to report any evidence of scam or fraud involved in these incidents even if it may reflect badly on the good tourism image of Hua Hin.

The malfunction of the tourism promotional campaign has clearly shown itself, requiring closer checking of hotel bookings to determine the extent of the scam.