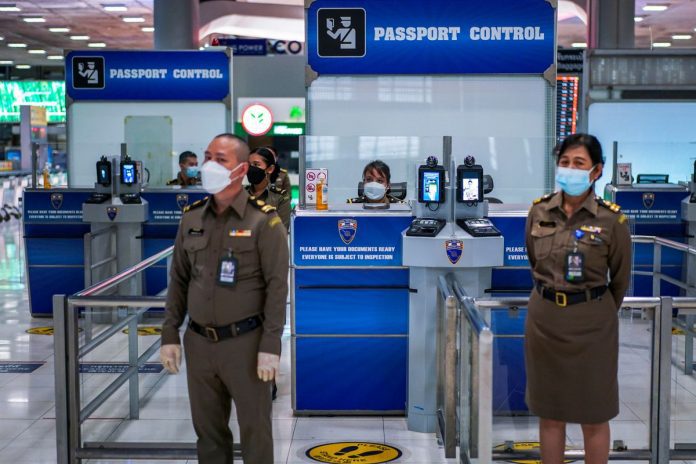 Thailand’s Centre for COVID-19 Situation Administration (CCSA) on Friday announced plans to ease the entry requirements for people arriving in the country.

Anyone arriving in Thailand from December 16 will no longer be required to take an RT-PCR test.

Instead, they will only need to take a ATK test on arrival.

People arriving under the Test & Go scheme will also no longer need to book one night in a hotel after their arrival. However, they will still need to book transportation to their hotel and booking via Thailand Pass is also still required.

The requirement to book one night in a hotel was in place while people waited for the test results from their RT-PCR test.

However, with RT-PCR tests no longer due to be used, arrivals will not need to book one night in a hotel.

In addition, people arriving in Thailand under the Sandbox scheme now only need to book a hotel for five days, instead of the seven days as per the previous requirement.

The new measures are effective from 16 December 2021.

The news comes as Thailand’s transport minister, Mr. Saksayam Chidchob, announced that 104,065 tourists have arrived in Thailand since the country reopened to tourists on November 1.