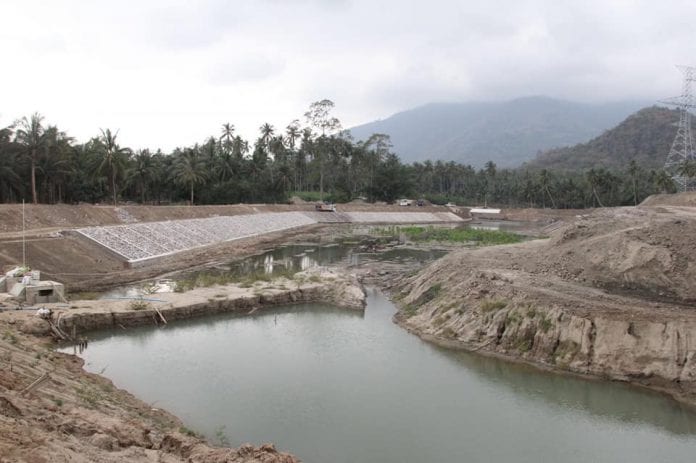 30 Jan., THAP SAKAE – Drought has been a problem in Thap Sakae for decades which causes huge agricultural impacts, and as such, villagers in the area suffers from water shortage during the dry season.

In Thap Sakae district, there are two existing medium-sized reservoirs with a capacity of 16 million cubic metres but the water from the reservoir could hardly reach Huai Yang subdistrict. A project is now underway at Huai Yang to build the Kaem Ling and Phraek Khwa Reservoir with a capacity of 100,000 cubic metres, expected to be completed by April this year.

The deputy governor also explored the Ban Hua Khao Village in Huai Yang that has a large waterway, suitable for building a reservoir and could take in water from Bua Sawan Waterfall.

If a reservoir could be built in this area, it will hold more than 1 million cubic meters of water and will alleviate water shortage problems significantly. In addition, villagers in the area are ready to support and donate land for the construction of the reservoir as well.

On the other hand, the deputy governor also advised villagers to reduce the land area for rubber and palm plantation and grow coconuts instead. Currently, coconuts are still in demand but insufficient to supply the numerous coconut industries.

“There are new breeds of coconut that when planted and cultivated properly, it could create more produce within 3 – 5 years that can be sold for a reasonably good price,” says Chatree.

Additional information:
Kaem Ling is a flood control system based on the concept applied by the late King IX, Bhumibol Adulyadej. The idea stems from his observation from the monkeys by storing bananas in their cheeks, and saving it to be digested later. HM King Rama IX applied this concept to the problem of excessive flooding in Thailand.