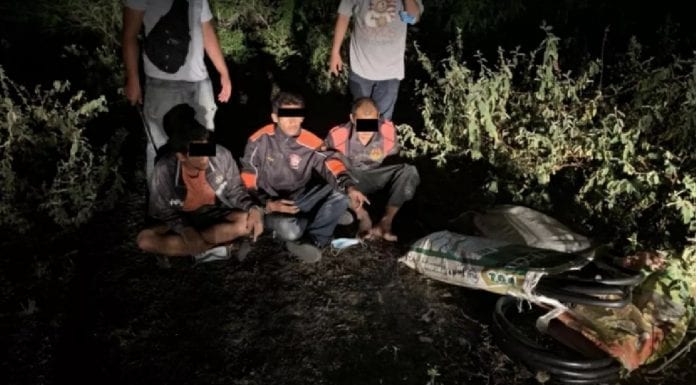 Three men were arrested in Cha Am on Sunday (June 13) for their alleged involvement in a spate of cable thefts throughout the district.

Officers from Phetchaburi police said that the three men aged between 31 and 38 had allegedly confessed to stealing telephone and data cables on six separate occasions since March of this year.

On Sunday police seized from the suspects 40 metres of cables belonging to TOT Plc, a saw, pliers, a machete and two motorcycles.

Police said the arrests came following an investigation by Cha Am police into multiple instances of cables being stolen in the area.

During one theft the thieves stole 250 metres of cables. They would then burn off the plastic coating and sell the valuable copper inside.

TOT Plc estimated it had suffered losses in the region of 400,000 baht from the thefts, as well as widespread disruption for its customers in Cha Am due to the loss of service.