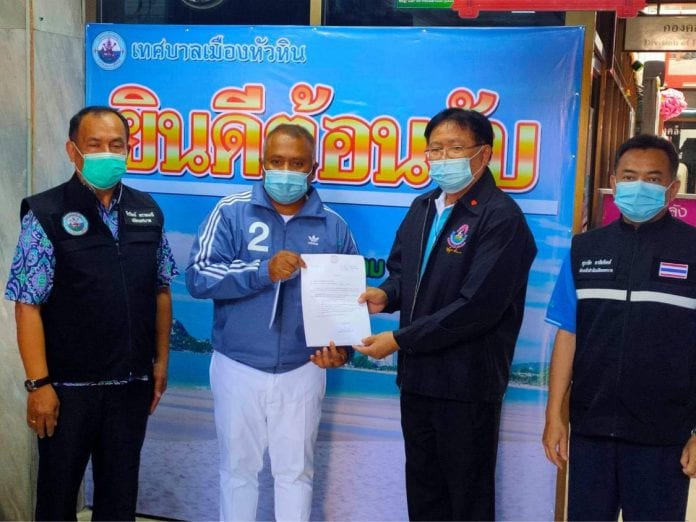 Mr Udon and his team made a complaint to the election commission to examine all applicant’s signboard to determine whether have been installed correctly per the law.

Thus, finding some signboards were destroyed, some loss their badges, and also found that people ID cards were imitated for a “vote buy”.

A further request to the election commission, the administrative officers, and the police officers to inspect the area as well.

In Hua Hin, there is a very competitive and powerful influence to intimidate the people and guide the electorate.

Therefore, Udon asks to check the candidates who offences the electoral law.

Udon will also request the central government to verse and supervise this election to be fair and transparent.

After accepting the complaint letter, Mr Tan will send the letter to the election commission of Prachuap Province to acknowledge the information to arrange for officials to come down to check before the election on 28 March 2021.