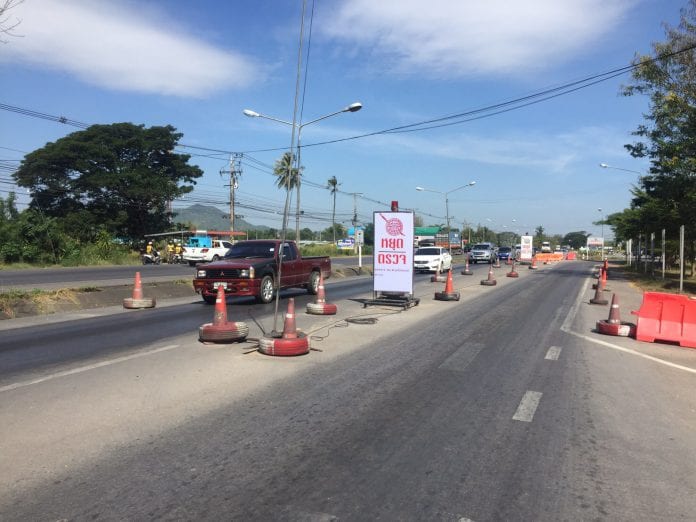 According to the investigation, one of the Myanmar migrant was a former employee of a pineapple factory in Sam Roi Yot who visited his father in Nakhon Pathom to find a job. After knowing there’s no vacancy he then went to his friend in Chonburi also trying to look for a job. With no luck, he travelled back to Nakhon Pathom, stayed a couple of days with his father and headed back to Sam Roi Yot.

The migrant told police that his employer at the pineapple factory wanted him back for work. Upon checking with the factory, police found out that the migrant was not their employee nor does the factory have any connections with the migrant.

After the interrogation, health authorities tested the migrants for any Covid infections. If the result comes back negative, both migrants will then be prosecuted and charged with illegal travelling across the provinces, especially from a red zone area (Chonburi).

During an Emergency Decree, no migrants are allowed to travel out of their districts, let alone travelling back from a vulnerable zone.