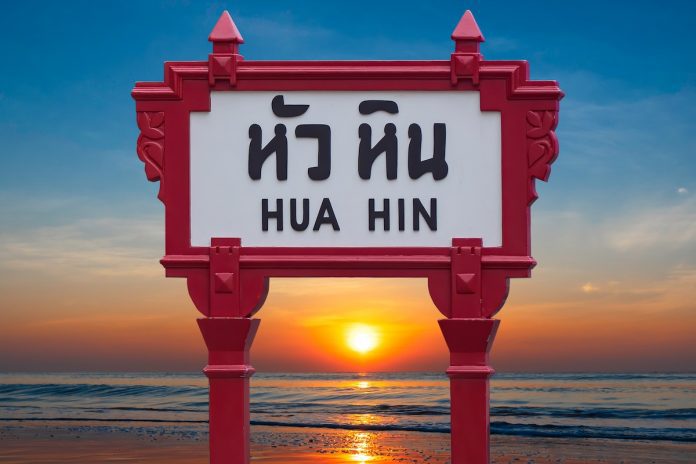 Fully vaccinated foreign tourists visiting Hua Hin and Cha Am will be able to visit both destinations without restriction from November 1.

It was previously announced that tourists visiting Hua Hin would only be allowed to travel around Hua Hin and Nong Khae districts.

However, this requirement was problematic given that it would be difficult for the authorities to enforce and that many major attractions, such as several golf courses, national parks and other cultural attractions are located outside both Hua Hin and Nong Khae district.

On Wednesday, the governor of the Tourism Authority of Thailand Yutthasak Suphasorn was at the Sheraton in Cha Am to meet with the deputy governors of both Phetchaburi and Prachuap Khiri Khan provinces and other local leaders regarding the opening of Hua Hin and Cha Am to foreign tourists come November 1st.

Main items of interest at the meeting were comments from the TAT governor that tourists would be free to travel anywhere they chose in the areas and not just Hua Hin and Nong Khae districts.

Yutthasak said there would be no restrictions and that both the private and government sectors were ready with all Covid-19 protocols in place and mitigation plans should things take a turn for the worse. Other requirements tourists need to meet to visit Hua Hin from Nov 1 were also discussed.

All tourists must have an official certificate of vaccination, with the last vaccine dose being at least 14 days before arrival in Thailand.

They must also take a RT-PCR test no more than 72 hours before taking their flight to Thailand.

Tourists are required to book at a SHA+ hotel and have insurance which provides cover for COVID-19 up to $100,000.

Once the tourist arrives at the hotel they must remain in their hotel room while they await the results of a COVID-19 test. This could take up to 12 hours.

If the test result is negative they will then be given a release form by the SHA+ manager confirming they are free to travel.

Hotels can provide transportation from the airport but no stops are allowed before arrival at the hotel.

Meanwhile, a source who was present at the meeting told ASEAN NOW that it is expected that 20 countries’ citizens could be allowed entry into Thailand under the latest no quarantine, double test, double vax plan.

Whether that will apply to November 1st or January 1st or some other date remains to be seen but clarification will hopefully come at today’s meeting of the CCSA central committee in Bangkok.

It was also revealed that 70% of the populations of both Hua Hin and Cha Am will have been fully vaccinated by the end of this month.