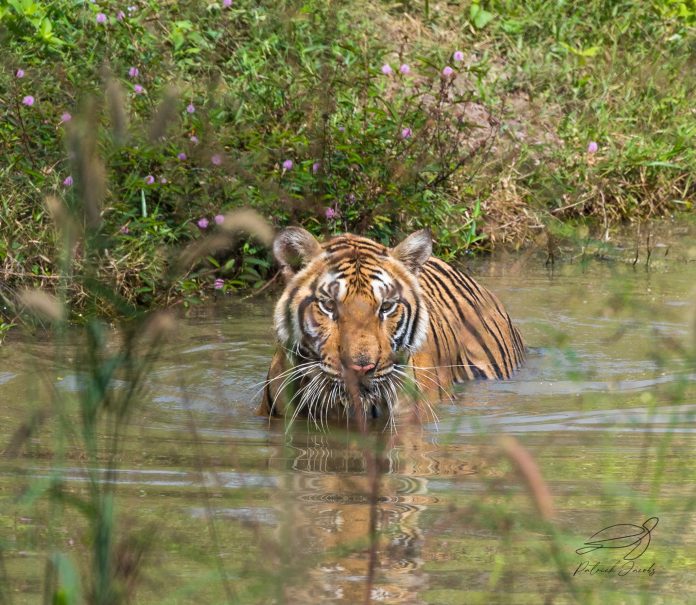 “It was a hobby that got out of hand,” says Edwin Wiek, founder of the Wildlife Friends Foundation Thailand (WFFT).

For more than 20 years Edwin has courageously fought to save abused and exploited animals in Thailand.

He first moved to Thailand in 1989 and in the following years ran a successful business making fashion accessories.

However, following a serious and near fatal road traffic accident, Edwin’s outlook on life changed.

“Back then I was successful but I was working constantly and spent a lot of time on the road,” Edwin told Hua Hin Today.

Edwin says the accident made him reconsider what he wanted to do with his life.

Then aged 35, he sold his fashion business and with the money began setting up what has now become the Wildlife Friends Foundation Thailand (WFFT).

Founded in 2001, the WFFT is located on a 540 rai plot of land at Wat Khao Luk Chang in the Tha Yang district of Phetchaburi, just a 45 minute drive from Hua Hin.

While he may not have realised it at the time, Edwin’s crusade into animal conservation began when a Scottish expat in Cha Am asked him to take care of a long-tailed macaque he had bought as a present for his wife.

Edwin says that he had tried to find a rescue centre to take care of the animal but said that no such facility existed locally at that time.

The long-tailed macaque, named Kijke, is still alive today and lives at the WFFT.

“Not long after I started taking care of Kijke, I became aware of a tiger that was chained up at a gas station in Cha Am,” Edwin said.

“The tiger was really sick, it couldn’t even stand up by itself. I eventually took it over (never paid money) from the owner of the gas station and nursed it back to health at home.”

“It would sleep on the floor in my bedroom and I would feed it around the clock”.

It took about three months before the tiger was able to stand up and almost two years before it could walk properly. After being nursed back to health, the tiger would go on to live with Edwin for 13 years.

Edwin says that word started to get out among owners of other exotic animals that lived in the area.

“These people who had bought these animals as pets but quickly discovered that they were unable to look after them started to contact me.”

It was around the same time that the abbot of Wat Khao Look Chang gave Edwin a 20 rai plot of land to open the animal sanctuary and from that the WFFT was born.

Another animal rescued by Edwin and rehomed at the WFFT was a chimpanzee called Canoe who had been locked up in a cage in Bangkok for 32 years.

The steel bar cage measures just 1.4 meters by 2.3 meters and is less than two metres high.

In 2020, Edwin, who also acts as an advisor to the Thai Parliament on animal welfare and law reform, made headlines around the world after spending a week locked in the same cage.

The project was part of an effort to raise money and create awareness for millions of wild animals in cages worldwide kept as pets and for exploitation in tourism. Through being locked in the cage, Edwin raised 25,000 EUR in donations.

As for Canoe, the animal is still alive and well and has the freedom of living in a large open environment at the WFFT.

In December 2021, Edwin and his team carried out the largest tiger rescue in Thailand’s history as the WFFT took custody of 11 tigers and 2 bears from Phuket Zoo.

The rescue took place after the zoo fell into financial trouble during the pandemic. A lack of tourists meant that the zoo didn’t not have the money necessary to care for the animals.

Having previously spent much of the last 15 years chained up and used to provide photo opportunities to tourists, the rescued tigers and bears have now been fully integrated into the WFFT.

Today, the WFFT is home to 800 animals, including elephants, bears, monkeys, gibbons, otters, hornbills and a puma.

Set on the forested land around the rescue centre, the sanctuary allows elephants to roam free in near natural surroundings.

The wildlife hospital means WFFT are able to provide emergency medical treatment, and long-term care and rehabilitation for rescue animals.

Edwin says that among the most rewarding aspects of his work is being able to wake up each day and see the animals in freedom, having known the conditions they have lived in and the suffering that have been through before they arrived at WFFT.

By contrast, what remains the biggest challenge for the WFFT is fundraising.

The foundation is entirely dependent on donations and sponsorship and receives no government funding.

“But people don’t always have to donate money, they can help in other ways, simply by sharing our story or by volunteering or donating their time to help”.

Anyone interested in visiting the WFFT can do so as part of an organised trip.

The foundation offers both full and half day trips which provide visitors with the opportunity to learn about the rescued animals that live at the foundation.

The trips are designed in such a way that animals do not suffer in any way nor are they exploited as a result of people visiting the foundation.

For more information on the WFFT, including volunteering opportunities and donating visit: https://www.wfft.org/