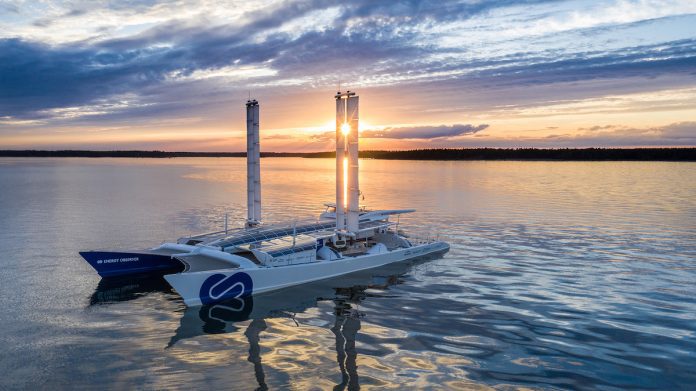 Something really cool is happening not far from Hua Hin from this Sunday (May 1).

The world’s first hydrogen powered catamaran will dock in Pranburi as part of a six year zero emissions voyage around the world.

The aim of the voyage is to prove the decarbonisation of the maritime sector is possible and that the planet’s oceans can be crossed using solar, wind, tidal power and hydrogen.

The vessel is capable of creating its own hydrogen fuel by sucking up seawater while it sails at speeds of a little over 7 knots.

Salt and minerals are removed from the water before it is filtered through an electrolyzer that breaks the water into hydrogen and oxygen.

The oxygen is released while the hydrogen is compressed and kept in storage facilities on the ship.

The Energy Observer is capable of storing up to 62kg of hydrogen, which is about the equivalent to 2 megawatts of energy. By comparison, this is approximately the average annual energy of consumption of the average household.

As well as using hydrogen, which accounts for roughly 6 percent of the catamaran’s overall energy usage, it relies on solar power (52 percent) and wind (42 percent) for its energy.

The catamaran itself is 35 years old and had already sailed around the world several times before it had the new clean technology installed at a cost of approximately $4.7 million.

Most recently the Energy Observer has been in Indonesia and Singapore but will dock in at the Racer Marina in Pranburi on May 1-2.