China’s Radio and Television Governance Office It states that BBC World News’s China-related coverage violates the terms of news stations, must report facts with facts and impartiality, as well as not interfere with China’s interests and solidarity, and therefore not allow the BBC to continue broadcasting in China and not accepting the annual new broadcast permit.

Before the ban, BBC World News was not included in most TV packages in China, but it can be watched in some hotels and houses.

China says the move by the British Media Regulatory Agency It is based on political basis and reserves the right to retaliate. 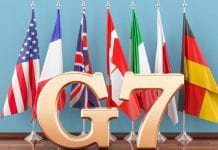