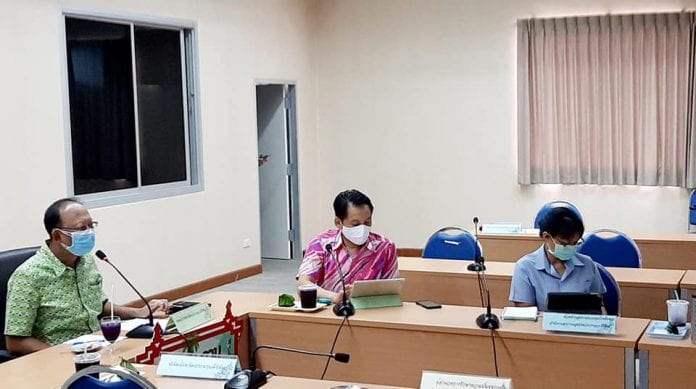 A total of 39,000 vaccine appointments have been booked using the Mor Prachuap Prom App booking system, health officials have announced.

The Mor Prachuap Prom App is available in Thai language with another system set to be released soon that will enable foreigners to book a vaccination appointment.

Meanwhile, Dr Suriya revealed the latest stats regarding the vaccine rollout in the province.

Of those vaccinated, 119 people or 0.9% reported some side affects after receiving the vaccine. The majority (91 patients) experienced hyper tension, while 17 said reported feeling dizzy. Other people reported mild symptoms such as nausea, palpitations, and rash, but later recovered.

Dr Suriya also confirmed that everyone who was vaccinated on Monday (June 7) will receive the second dose of the vaccine at the end of September.

The next mass vaccination is due to take place in the province on June 14.

However, exactly how many people will be vaccinated is yet to be determined.

This is because provincial officials are still awaiting confirmation from the Ministry of Public Health about how many doses they will receive, Dr Suriya said.