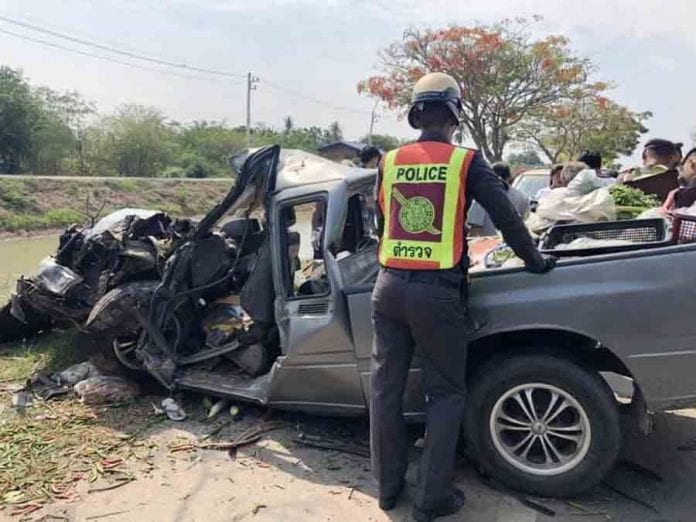 An early morning collision today has taken the lives of 5 family members in Thailand’s north-eastern province of Nakhon Ratchasima. One boy aged 5 and two girls aged 3 and 11, along with other family members were killed when a pickup and sport utility vehicle collided in the Non-Daeng district at around 6:40 am.

the driver of the Isuzu pickup Anuwat Onnual told police that he and 2 other male passengers were returning to Bangkok after unpacking meatballs in Nong Khai province. 4 men were also injured in the crash.

When he lost control of the pickup causing it to lose control across the highway and crash with an approaching Toyota SUV in Non-Daeng district. Anuwat admitted he had fallen asleep at the wheel.

Police say all 7 people who were traveling in the SUV were of the same family in which 5 of those family members were killed. Police say an investigation is underway.