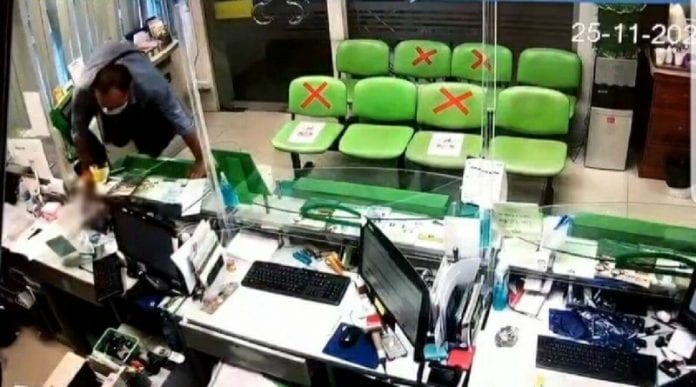 A robber stole from the Government Housing Bank at gunpoint has escaped with over 500,000 baht. The robbery took place yesterday afternoon, at the Bangbon branch on Soi Ekachai 86 in the capital.

A security guard told the police the robber jump over the counter, grabbing the money, and running out. Nobody was hurt during the incident that happened.

CCTV footage shows a man wearing a face mask and a long-sleeved grey shirt entering the branch before showing the gun and pointing it at employees. He then jumps over the counter and grabs the cash from a drawer and making his escape.

additional footage shows the man fleeing in a vehicle headed towards Ekachai Road the investigation is still ongoing.