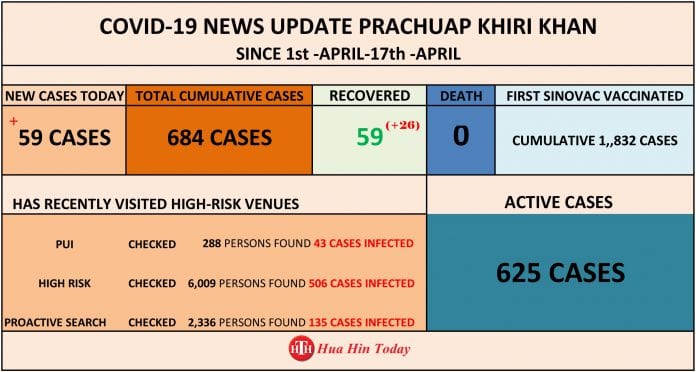 On Saturday (17 April), health officials reported 59 new COVID-19 cases in Prachuap Khiri Khan bringing the cumulative total in the province during the third wave of infections to 684.

Of the new cases, 30 were discovered in Hua Hin, with the district now accounting for almost 90 percent of the total infections discovered in the province.

The news comes as Prachuap Khiri Khan on Friday was formally declared a ‘red zone’, meaning more restrictions have been put in place in a bid to try and prevent further spread of the virus.

Some of the restrictions in place include a ban on the sale of alcohol in restaurants, which now also have to close by 9pm to diners, but can serve takeaway until 11pm.

You can read about other restrictions put in place here.