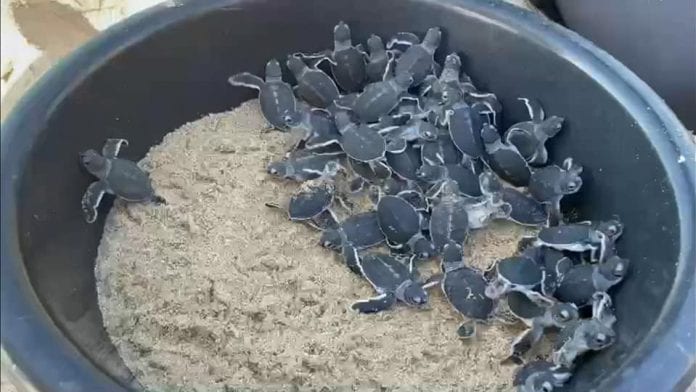 Sixty nine newborn green sea turtles were released into the sea at Thap Sakae beach, Prachuap Province on Friday (May 14).

The turtles had been hatched from a total of 84 eggs which had been laid at Khao Mai Ruak Beach on March 30.

The eggs had been since looked after by villagers from Ban Krut-Thap Sakae Sea Turtle Conservation Group, who along with local village headman, Mr. Prachum Suaelueng oversaw the release of the turtles into the sea.

Previously, there have been up to four sites in the Ban Krut-Thap Sakae area where turtles have laid a total of 260 eggs.

The return to the turtles to the sea brought much joy to those from the Conservation Group, who used the event to try and raise awareness of turtle conservation throughout the province.