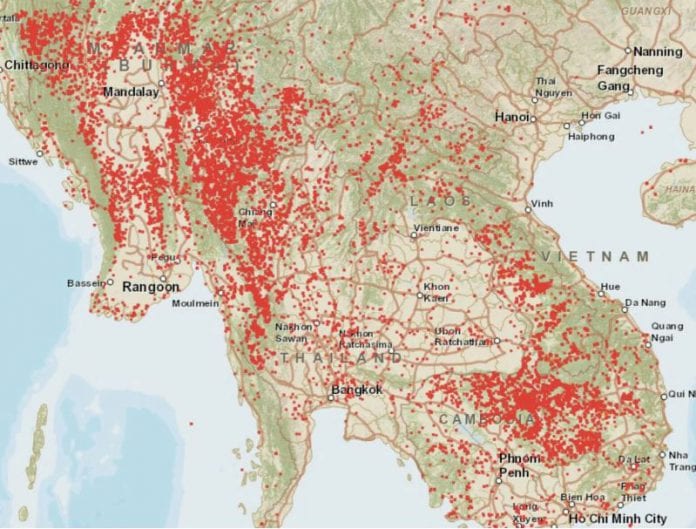 Chiang Mai, in northern Thailand, is responsible for over 30,000 people visiting the hospital seeking treatment for respiratory illness.

The city is known for its burning season that blankets the air with smoke.

It has taken the top spot of having the worst air quality in the world.

Such as cardiovascular disease as well as other eye and skin inflammatory diseases due to smoke.

The northern region has 926 hotspots, with Mae Hong Son having the most at 442, followed by Chiang Mai and Tak.

The cause of the pollution is mainly due to wildfires sprouting up as a result of open burning across the border in Myanmar.

A task force has been deployed to 5 districts in Chiang Mai to deal with haze until tomorrow.

Rangers also setting out to extinguish wildfires in Lampang province on Phrabat Mountain.