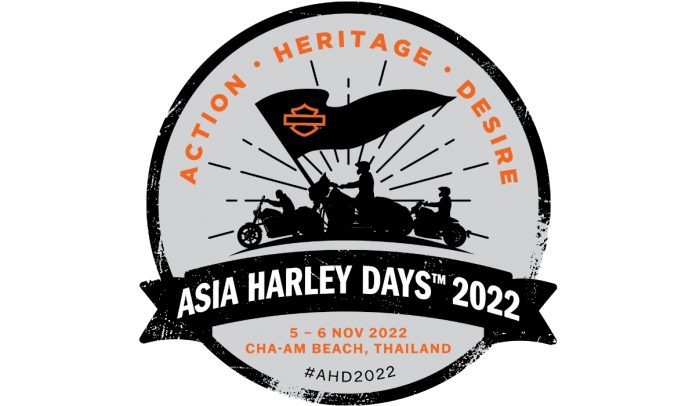 The Asia Harley Days 2022 festival will be held at the Triple Tree Beach Resort in Cha Am Beach on Nov 5 and 6, Harley Davidson has announced.

A further 87 H.O.G chapters and scores of motorcycle clubs from all over the region are expected to also attend the event.

Attendees can expect an action packed event with live music, stunts, test rides, games and much more, helping to create what the organisers say will be an unforgettable experience.

Day one of the event will feature a H.O.G. parade which will start at Rajabhakti Park, Hua Hin and continue to the festival venue at Triple Tree Beach Resort, Cha-am.

The first day will also feature the Custom Kings Contest and the stunt show, as well as live music performances from both Thai and English speaking artists.

“Harley Days is a well-established annual event on the Harley-Davidson calendar in other countries, and we are excited to bring the Asia Harley Days to the region. We have a stellar line-up of activities that cater to every enthusiast to ensure a memorable experience from our inaugural event presented by H-D Asia Emerging Markets. I look forward to welcoming all of the attendees there,” said Sajeev Rajasekharan, Managing Director, Asia Emerging Markets & India at Harley-Davidson.

Registration for the event is open now via the Asia Harley Days official website.

Ticket prices are as follows:

Tickets will also be available on the day of the event.