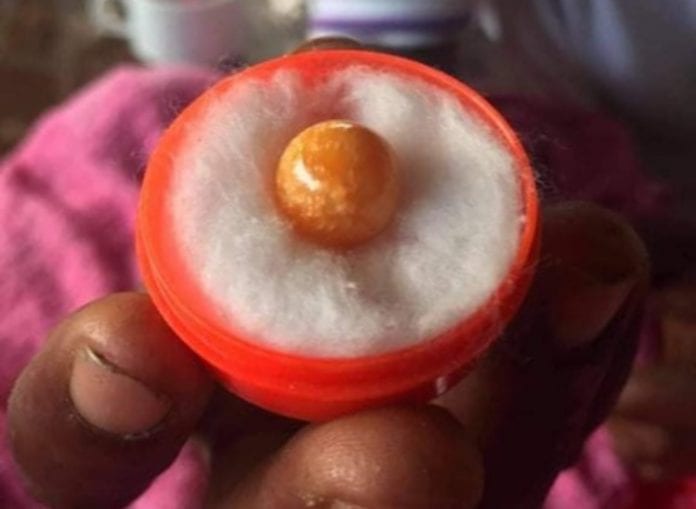 The fortunes of a fisherman in Bang Saphan may have changed forever after he discovered a rare orange melo pearl, the likes of which are estimated to be worth up to 10 million baht.

Mr. Prasarnphon Phunwan, 40, a small boat fisherman who lives in the Mae Ramphung Subdistrict, explained how he had been tending to his crab nets about two kilometres from the coast.

He said some sea snails had been caught in the nets, which he then took home and had planned to eat. It was while he was boiling the sea shells that one opened to revealed the orange pearl. Mr. Prasarnphon said he had an idea what it was but showed it his older brother who began to search on Google in order to try and seek confirmation on whether it was a pearl or not.

While searching on Google, the brothers found other stories of fishermen finding similar pearls, one of which was of a fisherman in Nakhon Sri Thammarat who found a pearl which was then valued at 10 million baht.

Mr. Prasarnphon said he posted about his discovery on his personal Facebook profile and was quickly visited by inquisitive neighbours desperate to get a look at the pearl.

Mr. Prasarnphon said he has been in contact with the Bang Saphan District Fisheries Department and the Department of Marine and Coastal Resources who are assisting him storing the pearl and getting it officially valued.