There are actually a few different variants that are emerging that you’ve probably been hearing about recently. Two of the most common ones that people are talking about and are most concerned about are the B.1.1.7 and B.1.351 variants. They were first detected in the UK and South Africa. It seems that they have been circulating since September, but were only noticed in December.

The concern about these variants is that they might have some differences in how transmissible they are and how the immune system sees them.

There is some evidence that the new Covid-19 variant first identified in southeast England carries a higher risk of death than the original strain, Patrick Vallance,  government’s chief scientific adviser said on Friday — though he stressed that the data is uncertain, says a report from the Associated Press.

He told a news conference that “there is evidence that there is an increased risk for those who have the new variant.”

He also said that for a man in his 60s with the original version of the virus, “the average risk is that for every 1,000 people who got infected, roughly 10 would be expected to unfortunately die.”

But Vallance stressed that “the evidence is not yet strong” and more research is needed.

On the contrary, he said there is growing confidence that the variant is more easily passed on than the original Covid–19 strain. He said it appears to be between 30% and 70% more transmissible.

Maria Van Kerkhove, the World Health Organisation’s technical lead on Covid-19, said studies were underway to look at the transmission and severity of new virus variants. She said so far “they haven’t seen an increase in severity” but that more transmission could lead to “an overburdened health care system” hence, more deaths.

However, the numbers of deaths are relatively small, and case fatality rates are affected by many factors including the kind of treatment a patient receives, their age and the health after contracting Covid-19.

We’ve learned that if you take blood serum from somebody who was previously infected with the old version of the virus, and you try to use that serum to stop the virus containing this new mutation, you need a higher concentration of the blood serum to neutralize the virus.

That means, there’s a difference in the way that our immune system is seeing the virus. It doesn’t necessarily mean that the vaccine is going to be less effective. But it’s certainly something that needs to be studied more.

These are two of the mutations. There are many more mutations in these variants, which scientists need to continue to study.

The summary here is that at least one of the mutations seems like it could be relevant, but there isn’t good evidence to suggest that means the vaccines are not going to be effective. 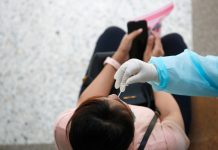 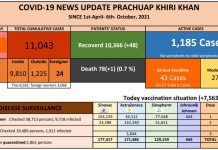 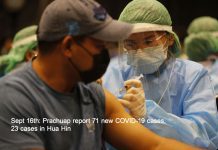