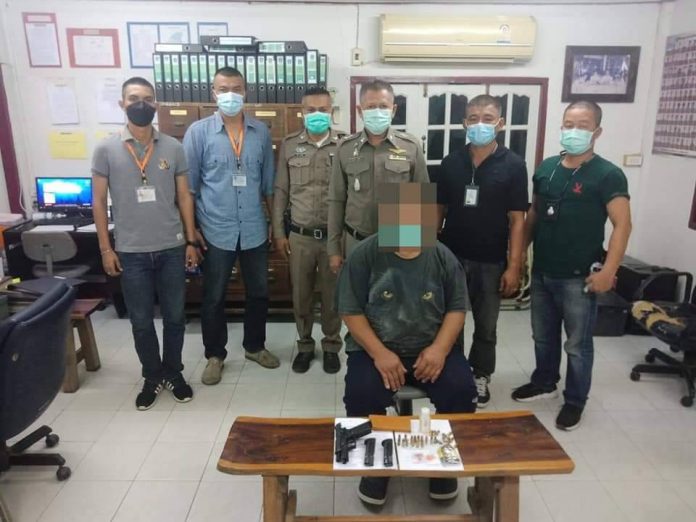 A police officer from Nong Plub Police Station in Hua Hin district who was just weeks away from retirement has been arrested on drug charges.

A police investigation into drug dealing in the area resulted in the arrest of a 49 year old man earlier Wednesday (Aug 4), who informed the arresting officers that a serving police officer was part of the same drug dealing gang operating in Tha Yang.

A search of the Pol. Lt. Col. Krisada’s home uncovered 35 methamphetamine tablets and a 9mm firearm with 28 rounds of ammunition.

He told officers he only had two months left to serve before he was due to retire.

He said he started dealing drugs because he had financial problems.

He was then transferred to Tha Mai Ruak Police Station pending further investigations.