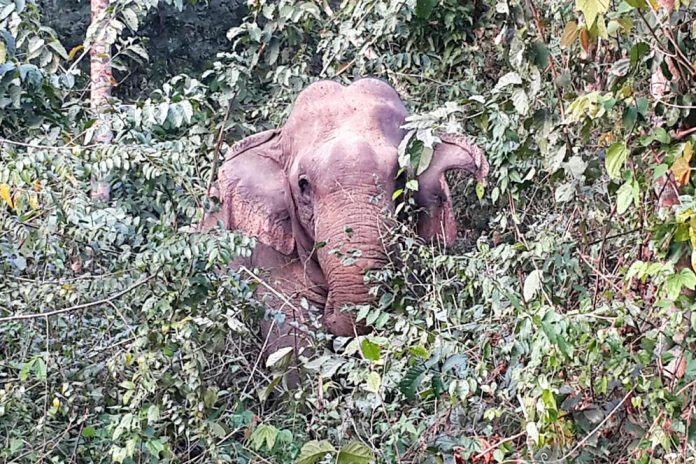 Wild elephants have raided a durian plantation near Hua Hin causing tens of thousands baht’s worth of damage, according to the plantation owner.

Mr. Weeraphat Phatnarakun, 71, who owns the plantation at Ban Rai Sanrak Village said the elephants damaged about ten durian trees, eating about 30 durians in the process.

Mr. Weeraphat plantation, which spans some 50 rai, is located close to Pala-U along the border of the Kaeng Krachan National Park – an area known for confrontation between elephants and local farmers. Mr. Weeraphat said a month earlier elephants had damaged six other trees. After that incident he employed six workers to patrol the area in a bid to keep the elephants away.

However, the Mr. Weeraphat said that most local farmers employ people to try and banish the elephants from their land and it is the case that elephants are not simply not intimidated by humans.

Mr. Weeraphat also bemoaned the state of the economy having an impact on his business. He said that while this year’s crop had been good, people lacked the purchasing power to be able to buy his durians.

Previously, the governor of the Hua Hin District, Mr. Polkrit Phuangvalaisin, said that measure would be put in place with the Huai Suat Yai Subdistrict Administrative Organization to inspect and compensate durian farmers whose livelihoods had been impacted by the wild elephants damaging their crops.