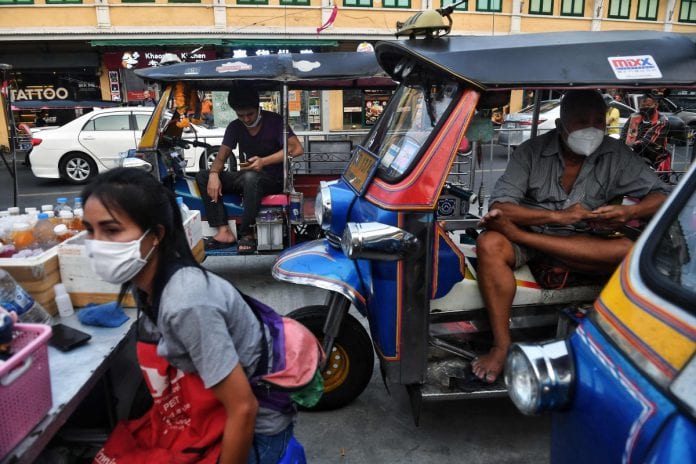 Health authorities said more than 600 people are now being traced as a result of the random Covid-19 case of the 37-year-old DJ who tested positive last Wednesday. The authorities are under pressure to find the source of the infection.

It’s been more than 100 days of no local transmissions, but the situation has caused grave concern for the CCSA as the country is currently preparing for a wider re-opening of its borders and said that they were ‘stumped’ by the random case.

The man’s case was identified after being sent to a drugs rehabilitation facility in Bangkok as part of a routine test during quarantine before being transferred to a regular prison. More than 200 people have been found to have had close contact with the man but have all been tested and shown to be negative at this point.

Furthermore, 492 contacts were identified at the Criminal Court where the man was sentenced. Although the Sept 3 screenings of 146 ‘low risk’ people and 10 in the ‘high-risk’ group turned out to be negative, everyone have been instructed to self- quarantine for 14 days.

Whilst at the department’s rehab centre, where the infected DJ was detained in quarantine before being transferred to the hospital, 40 officials were reported to be in close contact with him. Another test has been scheduled on Sept 8 and 16.

The CCSA confirmed that a total of 589 people had been in contact with the man over the period of 2 weeks from August 15 until last Thursday. They also reported that 78 people are considered at ‘high-risk’ and 511 are ‘low-risk’ of being infected at this stage.

Meanwhile, the Department of Medical Sciences said they are now examining the genome sequence of the man’s virus and analyzing how he was first infected. The results are expected in a few weeks.