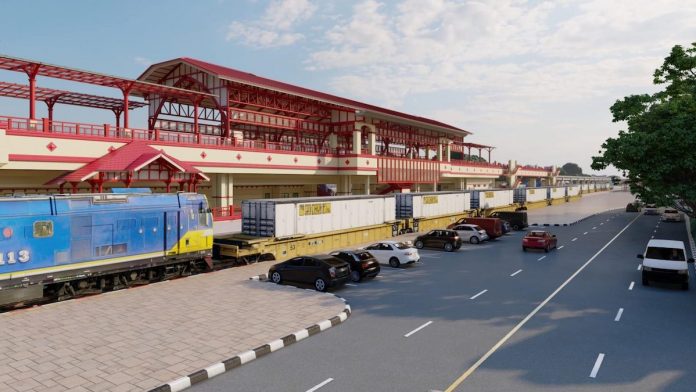 Hua Hin’s historic train station is the inspiration in the design of the new state of the art station that will be used with the dual track train line.

Hua Hin Railway Station is one of the oldest train stations in Thailand and easily one of the most recognisable.

The picturesque station, a tourist attraction in its own right, dates back to 1911.

The station was then rebuilt in 1926 by Prince Purachatra Jayakara, the former commander of the Royal State Railways of Siam.

The centrepiece of the station is the iconic and Victorian inspired Phra Mongkut Klao Pavilion building, which was used as a waiting room for royalty returning from visits to Hua Hin’s Klai Kangwon Palace.

It is the Victorian style architecture of the original station that has inspired the design of the new station building, the Department of Rail Transport has confirmed.

The new railway station is being constructed alongside the new dual track rail line that is expected to be completed by January 2023.

The new Hua Hin Railway Station will be the first elevated station to include a pedestrian deck beneath it, with the ground floor including an office and waiting area, while the actual station platform will be located on the elevated level.

The exiting train line will also still be used for freight trains and special convoys.

While much of the old station was built from wood, the new station is constructed from more modern steel and concrete. However, it will be painted the iconic red colour that currently adorns the existing station buildings.

When the new railway station opens, the old station buildings will be preserved and remain in place.

Plans being drafted to turn the old station buildings into a museum showcasing the more than one hundred year history of Thailand’s most iconic station.

In December, the State Railway of Thailand (SRT) said the construction of the rail line through Hua Hin, which includes the new railway station is approximately 89% complete and is slightly ahead of schedule.