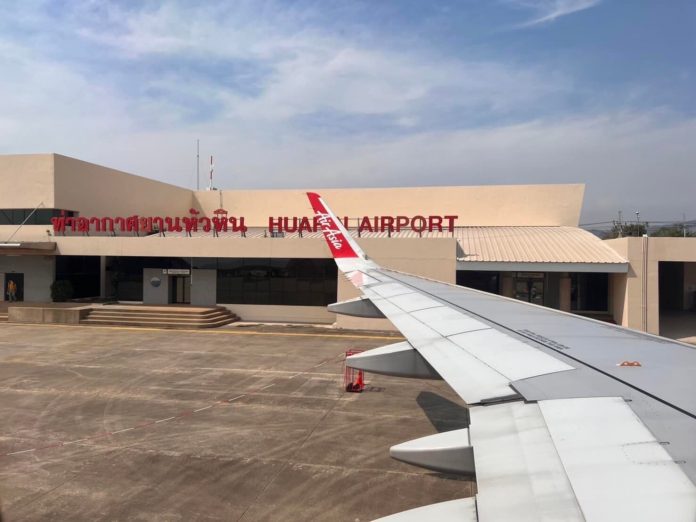 A significant part of the work being carried out at Hua Hin airport should be completed within the next three months, it has been revealed.

According to Mr. Udorn Olsson, special advisor to the Ministry of Transport and Chairman of the Phoenix Aviation Group Thailand, the current construction work to bring the runway at Hua Hin Airport up to international standards should be completed by May or June 2022.

In addition to the expansion of the runway, the airport terminal will then be renovated and expanded in order to accommodate both domestic and international tourists.

The expansion is part of the well publicised project to develop Hua Hin Airport into a fully functioning international airport.

Meanwhile, executives from Phoenix Aviation International HK have met with top executives from the Tourism Authority of Thailand (TAT) and a number of airlines including Jet Star, Scoot and China Express about operating direct flights to Hua Hin.

In addition, Thailand’s Tourism Authority has collaborated with offices in Singapore, Hong Kong, China, and India to disseminate information about tourism in Prachuap Khiri Khan and Phetchaburi provinces.

The airport expansion coincides with plans for Prachuap Khiri Khan and Phetchaburi to become new focal points for tourism as part of the Thailand Riviera project.

The aim of the project is to develop tourism and infrastructure along the coast, including in Samut Sakhon, Chumphon, Ranong, and Surat Thani. The news comes as AirAsia recently announced it is increasing the number of direct flights between Hua Hin and Chiang Mai.

From March 29, AirAsia will operate three flights per week, every Tuesday, Thursday and Saturday.

AirAsia said the new flight schedule will be in effect until October 29, 2022.

Currently the flights between Hua Hin and Chiang Mai have an average passenger rate of approximately 80 percent per flight.