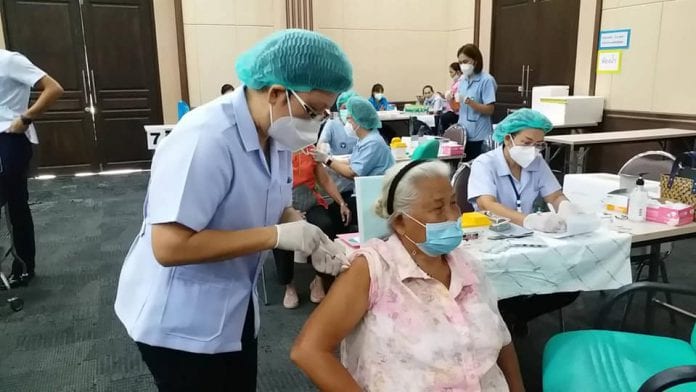 Health officials reported a total of 33 new COVID-19 cases in Prachuap Khiri Khan on Tuesday (June 29), 29 of which were found in Hua Hin.

As has been the trend in recent days, most of the cases (27) were linked to the cluster at the Dole fruit processing factory.

Three cases were logged in Prachuap Khiri Khan and one case in Pranburi.

Tuesday’s new cases brings the total number of cases in the province since April 1 to 2,602.

Meanwhile, 6 people were also discharged from hospital or quarantine having made a full recovery.

Of the 2,569 cumulative total cases in the province, 529 are currently receiving treatment in hospital or are staying in quarantine, while a total of 2,067 have made a full recovery and have already been discharged.

Health officials say 11 patients are currently in a serious condition in hospital, while 12 others are in what is described as a moderate condition.