A man suspected of manufacturing a deadly ketamine-based drug cocktail has been captured in Phetchabun after he escaped a police hunt in Bangkok.

Metropolitan Police Bureau (MPB) chief Pol Lt Gen Pakkapong Pongpetra said Amornthep Chalermwat nickname Un Kiwi, was arrested on Sunday at a room with no address in Bung Sam Phan district of Phetchabun, where he was living with his previous cellmate.

Inspectors were confident the 33-year-old man was the mastermind in the mixing of the prohibited drug cocktail reported to contain ketamine, methamphetamine, heroin, and the sedative diazepam.

Pol Lt Gen Pakkapong said Un Kiwi refused to be behind the drug admitting only to distribute from supplier to customers.

Mr Amornthep also faces a charge of attempted murder after his girlfriend Apisa Hongkhan, was shot at an apartment in Chatuchak district of Bangkok on the night of Jan 10.

She was severely wounded. Officials said the man admitted to shooting her.

The motive for the shooting could have been Amornthep’s doubt that his girlfriend had stolen powdered milk ketamine and sold it to buyers without his knowledge.

Police secured small plastic bags and a scale during the raid in Phetchabun.

Mr Amornthep is also on the wanted list of Phraya Krai police after they found Panipak Chantharawarawan dead and his boyfriend Thachchai Klomjai, unconscious after taking k-powdered milk on Jan 9.

When he regained consciousness on Jan 10, Mr Thachchai told police that he bought the drug from Mr Amornthp and Ms Kulnatheeon. 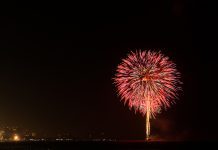