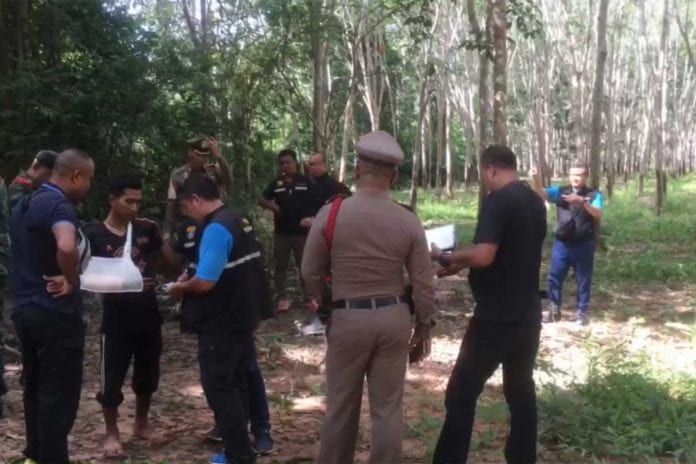 A Malaysian police officer was killed and another injured in a fight with kratom smugglers on the Malaysian side of the border opposite of Sadao district.

Two Thai smugglers were arrested. Three other Thais were wounded and were caught.

Police patrol came upon a suspicious group of around 13 men acting unusual around 2 am near the border, opposite Thailand’s Talor village. The police patrol moved in to investigate and this led to an exchange of gunshots.

Pol Cpl Baharudin bi Pramli was shot dead and Pol Cpl Norihan was wounded according to the border patrol source.

Three smugglers who were wounded fled back across the border and were arrested. They were identified as Thai nationals. Sources say that The smugglers were both Thai and Malaysian nationals. They were smuggling kratom leaves.