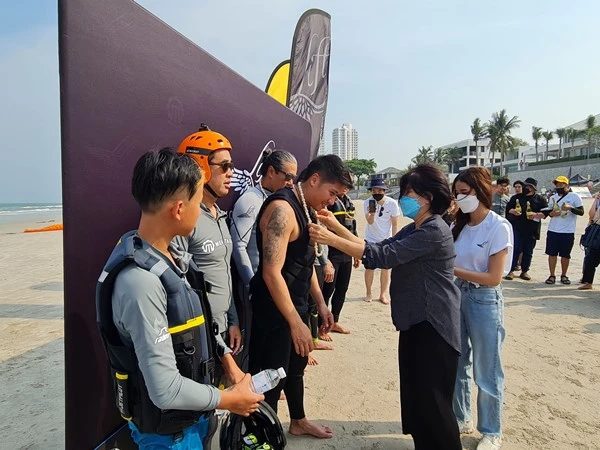 With two electric surfboards and a whole lot of nerve, two Thai men have become the first people to cross the Gulf of Thailand using high tech eFoil boards, setting a new record in the process.

The pair left Pattaya Beach at 5am on Friday morning, taking nearly 9 hours to reach Hua Hin beach, stopping only to change the batteries on their electric surfboards.

The pair were expected to complete the crossing in just over 7 hours but strong winds and waves meant they were only able to reach an average speed of 22 km/h. The Lift eFoil electric surfboard has a top speed of 45km/h. However, despite the crossing taking longer than anticipated, it still set a new record, marking the inaugural “Lift Foils World Record Attempt” and was described as a new chapter in the history of the water sports industry.

The purpose behind the crossing was to demonstrate the capabilities of clean energy, such as electric power, that is so efficient it can transport athletes across the bay.

The term “foil” refers to the wings that are submerged in water and utilized to generate lift in order for the hull to float above the water.

The eFoil is fully powered by electricity and does not require any oil or waves. It has been available since 2018 and can be played in canals, rivers, and open ponds. It has a maximum speed of 45 kilometres per hour and can be operated for up to 120 minutes on a single battery.

Joining the men on their record attempt was famous Thai rapper Joey Boy and Mr. Bhurit Bhirombhakdi, Chief Executive Officer of Boonrawd Trading Company, among others.