The Meteorological Department warned of more rainy days ahead on Monday as it upgraded the power of a new storm moving towards mainland China.

The weather agency issued a warning on Sunday for rain and possible downpours continuing until Tuesday from the new storm.

On Monday, the agency upgraded it from a depression to a tropical storm and said the rain will linger on until Wednesday.

Rain is forecast for throughout the northern region on Monday and Tuesday, and to continue in the northeastern provinces into Wednesday.

Khon Kaen is one of the hardest hit provinces to date, with widespread flooding, although storm Podul has now passed beyond Thailand – only to be replaced by a new storm threat.

Ban Phai district was ravaged by a flash flooding on the weekend, with some areas under water up to  three metres deep. Vehicles were submerged and people sought safety on the top floors of their homes. Many were evacuated to refuges on dry ground.

The Disaster Prevention and Mitigation Department reported almost 40,000 households in 26 provinces were affected by the heavy rain. Rescuers moved 220 people in Ban Phai district of Khon Kaen and 51 residents of Na Noi district in Nan to higher ground 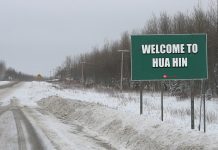 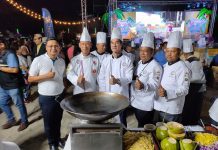