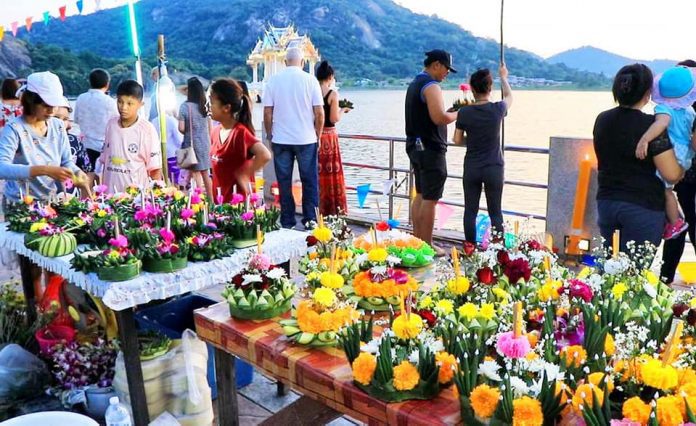 The municipality has confirmed the time and locations of Hua Hin’s official Loy Krathong celebrations.

According to Deputy Mayor of Hua Hin Ms. Busaba Choksuchart, the town’s Loy Krathong events will take place on November 7-8.

The main celebrations will be held at Hua Don beach in Khao Takiab and will get underway from about 5.30pm.

The event on November 7 will feature a Miss Noppamas contest for children between ages 5 to 12, with a total of 60,000 baht in prize money up for grabs.

The event will also include a sepak takraw competition and other stage and musical performances.

The official opening ceremony for the Loy Krathong Festival in Hua Hin will then take place on November 8.

The ceremony will include the “Loy Krathong Festival Fashion Show by VARDA BY SINEE”, a sepak takraw competition retro dance performance of “Wong Khao Yai”.

There will also be lots of local food vendors on the beach with members of the public and tourists invited to attend the event and soak up the relaxing and peaceful atmosphere on the beach.

Meanwhile, the Tourism Authority of Thailand’s Prachuap Khiri Khan office confirmed the locations of Loy Krathong celebrations throughout in each of the province’s eight districts.