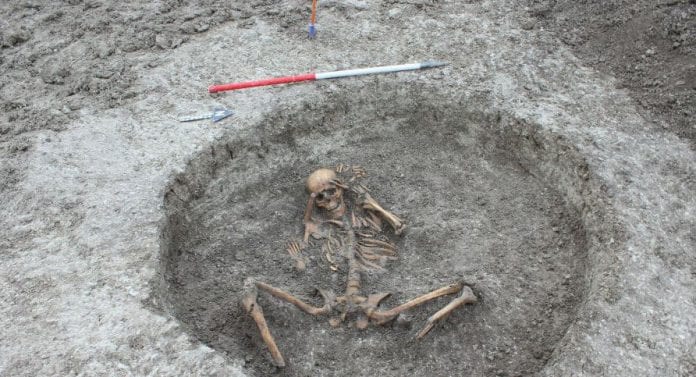 A houseowner in the central province of Ang Thong, has discovered 3 skeletons on his land that are thought to be over 3,000 years old.

54-year-old Somkiat Briboon says this recent discovery isn’t the first, as the first lot of bones was found last year after preparing his land to be rented out for sugarcane farming.

It was then that he found 9 skeletons, only later to find 6 more.

The skeletons were found with bowls and other kitchen utensils found laying on top of them.

He transferred the skeletons to his home, wrapping them in blue sheets, describing some of the bones as smaller in size, resembling that of women or children.

He says he also found ancient artifacts with the bones and arranged to have them shipped to Bangkok’s Fine Arts Department for research purposes.

Although the discovery is exciting, its creepiness factor has repelled Somkiat’s friends from visiting him as many are afraid of ghosts.

One of his friend said, “ever since the skeletons and artifacts were moved into his home, strange things have been happening.”

Somkiat says he isn’t afraid of the spirits and even talks to them often.