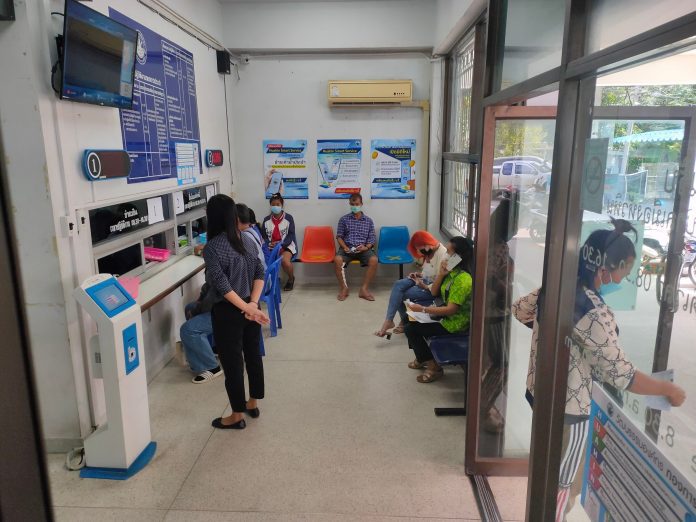 The municipality has announced plans to launch a new system that will mean people in Hua Hin will be able to pay their water bills at convenience stores or via online banking.

Currently, people who receive their bill from the Hua Hin Municipal Waterworks Division either pay the person who delivers the bill or they have to go to the waterworks office in person to pay their bill.

The current system causes problems for both the Waterworks Division and for people who need to pay their bills.

The Waterworks Division says that collecting money from people can take longer than it should do, while residents complain that having to pay bills in person is a huge inconvenience.

In a bid to tackle the problem, Deputy Mayor of Hua Hin Mr. Atichart Chaisri has announced that the municipality has earmarked 3.5 million baht to develop a new payment system that will enable people in Hua Hin to pay their bills via a ‘counter service’ such as at 7-Eleven or via online or mobile banking.

Mr. Atichart said the system has been submitted for approval to the provincial governor and is likely to be operational by early 2023.

While online payment services for utilities are currently available in many locations throughout Thailand, this isn’t the case in Hua Hin, or at least for people who are billed from the Hua Hin Municipal Waterworks Division.

People living in neighbouring Pranburi or Cha Am can already pay their bills via a counter service or online. However, as of yet there is no such system in place for people in Hua Hin.

Meanwhile, the municipality also said that it is confident there will be sufficient water to supply households in Hua Hin beyond next year’s dry season.