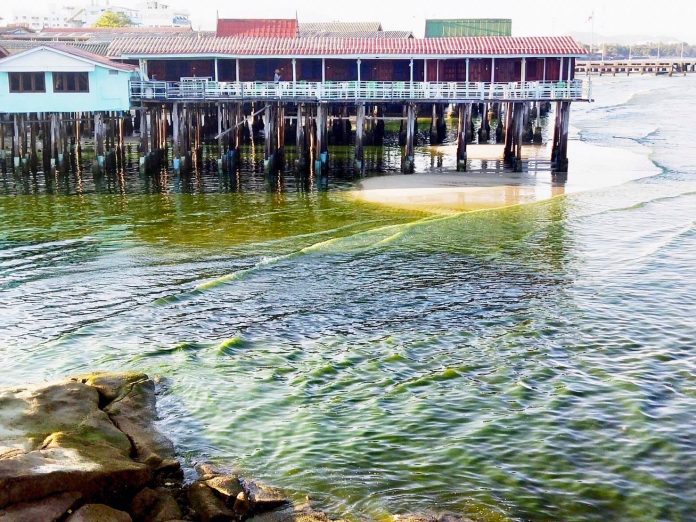 A plankton bloom has turned the water along parts of Hua Hin beach green.

The plankton bloom was spotted along a 500 metre stretch of the beach from the Saphan Pla fishing pier to the Jao Mae Tub Tim Shrine, the Chinese shrine which overlooks the beach.

The plankton bloom is likely the result of a seasonal natural phenomenon which occurs on the beach most years.

However, it can also be caused by excess wastewater being released into the sea which can affect oxygen levels in the water resulting in the plankton to grow rapidly. The plankton normally dies off within a week.

Experts say the plankton is generally not a danger to swimmers.

However, people with sensitive skin may develop a rash if they swim in the blooming plankton.

In December, a similar sight was seen in Pak Nam Pran where the steps to the beach were covered in green algae.

Locals described the appearance of the algae to be like green velvet covering the steps and said that it has a beautiful shine in the sunlight.