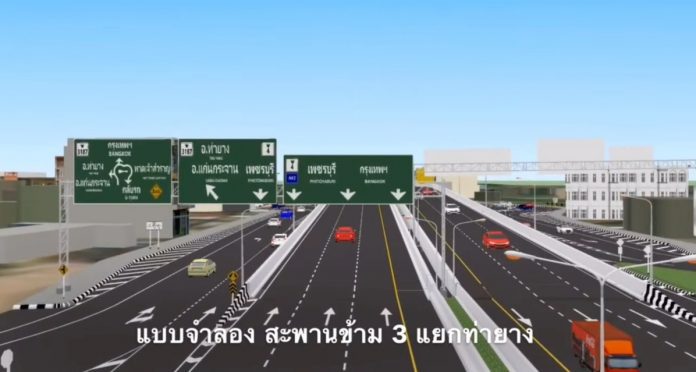 Plans have been announced to build a major new bridge in Phetchaburi.

The new road bridge is set to span the Tha Yang intersection, which officials say will help to improve traffic flow and ease congestion as well as boost road safety.

On Wednesday (Jan 26) a public consultation was held with locals, some of whom had raised concerns over the project.

The consultation, which was the fourth such meeting to take place in relation to the planned construction of the bridge, was attended by Mrs. Narumon Kitphuangsuwan, Mayor of Tha Yang Sub-district and officials from Phetchaburi Department of Highways. Following the meeting Mr. Natee Kwanphae, Phetchaburi Highway District Director, said that locals had raised concerns about the project but that they were generally satisfied with the proposals put forward.

The Department of Highways will now continue to survey and expropriate land for the construction of the bridge. The building will take about two years to complete.

The construction of the bridge is expected to cost in the region of 100 million baht.