Prime Minister Prayut Chan-o-cha has condemned those who emptied “pantries of sharing” and abused the public’s kindness, saying it should not happen again.

“There should not be a repeat of the incidents. We must also think about others. If you continue such abuse, no one will want to donate,” the prime minister said on Tuesday.

PM said he could not accept the blatant hoarding of mostly consumer goods placed in the pantries by donors. Video clips were shared online showing people arriving in cars and on motorcycles to take away items by the bagful.

He also said other recipients should look out for opportunists and protest against hoarders when they come across them. Gen Prayut added people should learn to share and have compassion for others.

There are now 249 pantries in 51 provinces, said Suppakrit Kullachartwijit, a businessman who introduced the pantry scheme to Thailand from a concept he borrowed from abroad.

The pantries are replenished by benefactors after items, including drinking water, uncooked rice, instant noodles, canned sardines and face masks are donated by the public.

One benefactor, an airline stewardess, was reportedly bullied by people who were impatient she was unable to replenish a pantry she set up quick enough.

Ms Chatrudee Kopit told Channel One 31 that she set up a pantry outside her home in Bangkok and stocked up on items which were taken in short order. But those who failed to get anything rang her doorbell, demanding that she keep the pantry filled at all times.

Ms Chatrudee said she felt unsafe and decided to remove the pantry from outside her home. Instead, she has resorted to donating items at other pantries in the neighbourhood.

A Facebook user named “Rainbow Six” said scenes of people with sacks and bags in hand raiding pantries showed that those looking to take advantage of the goodwill of others outnumbered the poor and the needy.

Another Facebook user by the name of “Red Skull” said the pantries showed how selfish some people were, and worked better in theory than in practice. 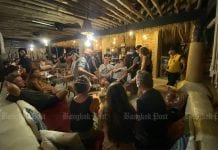 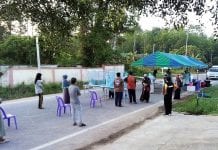 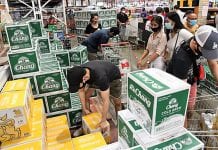