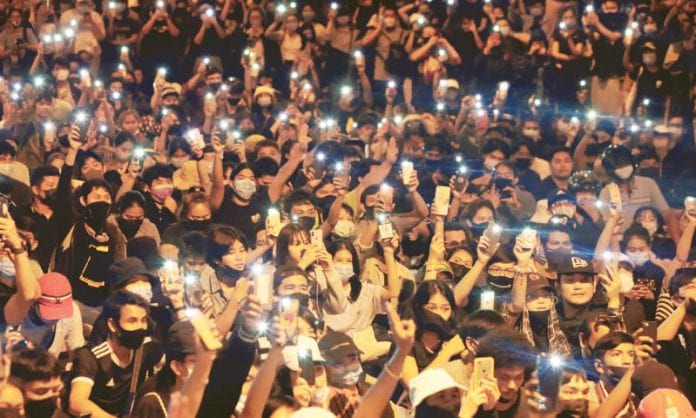 The shopping district was filled with the student-led activists demanding the end to military’s regime in Thai politics.

Jatupat Boonpattararaksa of the Dao Din group said the ongoing rally has a clear message declaring that the prime minister’s regime is now over.

Following the refusal to resign by the prime minister on Saturday’s deadline, protesters vowed to continue their rallies until the PM steps down before the special meeting to be held today and tomorrow by the Parliament in finding solutions to the current political turmoil.