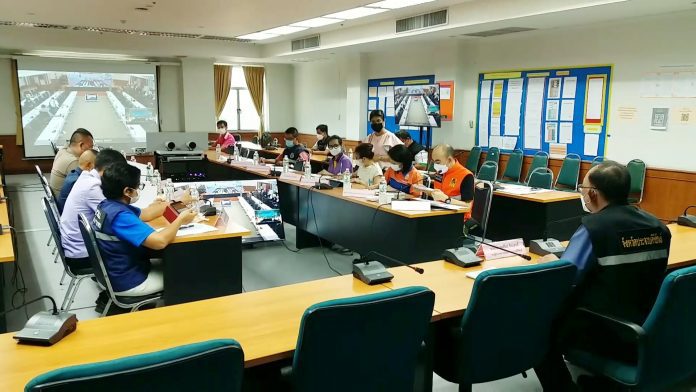 Prompiriya Kitnuson, Deputy Governor of Prachuap Khiri Khan Province, who chaired the meeting of the Working Group of the Center for Preventing and Reducing Road Accidents during Songkran Festival 2022, said there were a total of five accidents in the province on Monday resulting in five injuries and one death.

The death was confirmed as a 60-year-old man from Sai Thong Sub-district, Bang Saphan Noi, who died when his motorcycle collided with a pickup truck.

Officials said the man was not wearing a helmet and driving on the wrong side of the road.

The main cause of accidents in the province on the first day of the Songkran holidays was speeding, followed by driving on the wrong side of the road and cutting in front of another vehicle.

The news comes as provincial officials recently announced the start of its Songkran road safety campaign.

The campaign focuses on a number of measures aimed at boosting road safety between April 11-17, known in Thailand as ‘seven deadly days’.

The goal this year is for the province to have no more than 47 accidents, 48 injuries and four deaths.

In order to try and improve safety this year, officials have set up 16 checkpoints on major roads in eight districts.