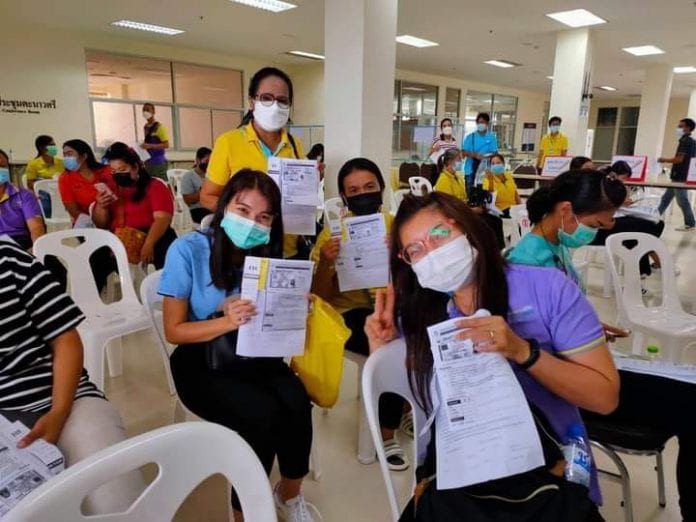 Health officials in Prachuap Khiri Khan say they expect more vaccine doses to be delivered to the province next week.

Dr. Suriya said that the procurement of the Sinopharm vaccine will help to accelerate the vaccine rollout across the province.

At the front of the queue are some 3,700 teachers at both public and private schools in the province who have not yet been vaccinated.

Teachers who haven’t yet been vaccinated will be prioritised, Dr. Suriya said.

Meanwhile, next week the province is expected to be allocated more doses of the Sinovac vaccine.

Dr. Suriya added that a modest amount of the AstraZeneca vaccine will also be allocated this week, which is expected to be administered to people over 60 years and over and also to people with seven chronic diseases on Monday, 21 June.

As for registering for the vaccine, people should now use the Mor Prachuap Prom system instead of the Mor Prom system, Dr. Suriya

Both of these systems are only available in Thai language.

An online system – in English – is expected to be launched in the coming weeks.

So far, 65,000 people in Prachuap Khiri Khan province have registered for the vaccine.