The Bangkok National Museum has opened an exhibition “Qin Shi Huang: The First Emperor of China and the Terracotta Warriors” for three months until December 15th. The exhibition features four life-sized warrior figures and a bronze chariot set, among other artifacts excavated from the tomb in Xi’an.

The collection of 133 relics will span the period before the unification of China in 221 BC, the Qin dynasty, and the Han dynasty.

“Qin Shi Huang: The First Emperor of China and the Terracotta Warriors” is at the Bangkok National Museum on Na Phra That Road. The exhibition is open from 9:00 a.m. to 4:00 p.m. Wednesday – Friday (except public holidays) until December 15th. 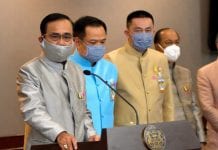 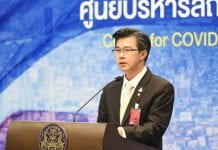