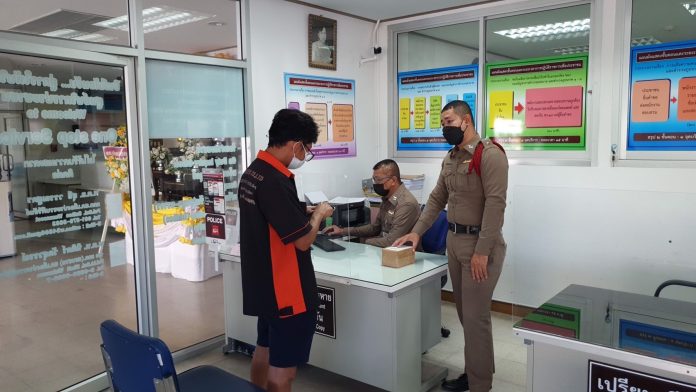 As many as 10,000 households in Thailand, including in Prachuap Khiri Khan province, could have been victims of a so-called cash on delivery scam.

The scam involves people receiving a package and then being asked to pay the cash on delivery charge.

Unsuspecting victims typically pay for the item, believing the order is for a family member or neighbour.

That is exactly what happened to Prachuap resident Mr Chayin Chaopreecha on Saturday (Jan 29).

Mr Chayin received a call from someone claiming to be from a delivery company saying they were about to deliver a parcel for his wife.

Thinking no more of it, when the parcel was delivered he handed over 1,000 baht to pay for the cash on delivery charge.

However, it wasn’t until his wife told him later that she had not ordered anything.

Not only had Mr Chayin paid 1,000 baht for something he did not order, inside the parcel was a necklace, estimated to be worth just 100 baht.

An investigation carried out by local Thai media claimed that as many as 17,000 items could be linked to the scam by the same fake address and code used by the fraudsters.

Some 10,000 items had successfully been delivered, potentially netting fraudsters an estimated 10 million baht in revenue per month.

A further 3,000 packages had been returned to the sender, while 4,000 remained in transit.

Reporters spoke to a Mr. Abhisit Prommate from J & T Transport Company in Prachuap who said that he knew of several customers who had received items they did not order.

Mr. Abhisit said that people should not pay cash on delivery unless they are absolutely certain the delivery is legitimate.

They should also check with other people in the household if they are expecting any deliveries and if in any doubt, refuse to accept delivery of the item.