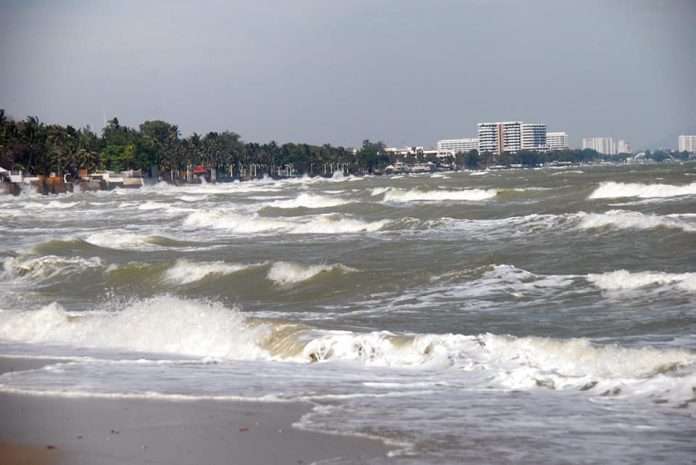 Red flags have been raised along the beaches of Hua Hin and throughout the province to warn beach goers against entering the water due to intense winds and waves.

Strong winds and waves in the seas in the Gulf of Thailand have prompted local public agencies and volunteer groups to keep an eye out for swimmers at beaches.

Officials said people are strictly prohibited from venturing into the sea while the red warning flags are raised.

A Northeast monsoon that covered the Gulf of Thailand and the South had resulted in waves of between 2 to 4 metres high, officials said.

The strong winds had also forced some beach vendors and restaurants to close, while the local fishing boat fleet had remained ashore.

The news comes as a rescue mission for 30 sailors remains underway after a Thai navy warship capsized in poor weather late on Sunday evening off the coast of Bang Saphan Noi.

The Royal Thai Navy said HTMS Sukhothai was hit by strong winds that blew seawater into its hull and engine room, knocking out its electrical system.

The vessel took on more water and began to develop a serious list before sinking at approximately 11:30 p.m.