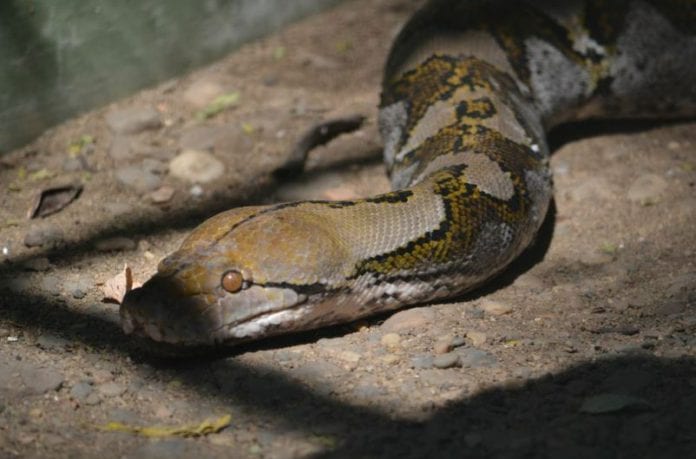 Rescue workers from the Kusoldharm Foundation branch in Patong, Phuket, say they have removed a 4 metre long reticulated python from a resort in Karon. The python was estimated to weigh around a whopping 20 kilograms.

Vinnie Modell, a rescue worker, told the Phuket News that his team was dispatched to the Novotel Phuket Karon Beach Resort & Spa, near Karon Circle, at about 11pm last night.

“It was a big old boy. It took all my strength to lift it. A beautiful 4 metre python weighing more than 20kg (approximately) was having a nap behind the building.”

With some help from fellow rescue workers, Modell says he soon held the python safely and they removed it from the resort.

“These are beautiful snakes, the orange colour of their eyes are stunning. Although they are non-venomous, I would not attempt to remove a snake of this size alone. One wrong move and I would be in life-threatening trouble.”