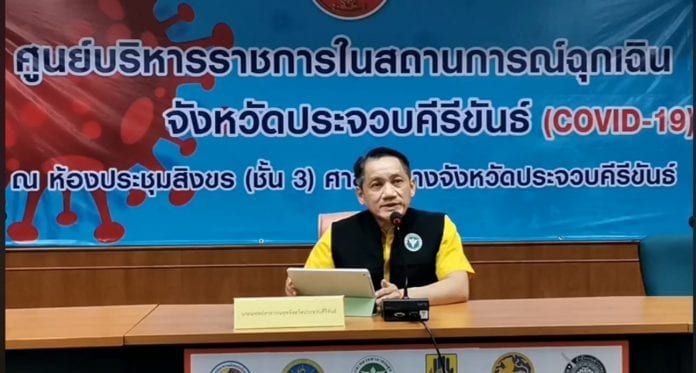 On Monday, officials said that anyone who visited the Maya Pub on 30th March between 10.30pm to 2 am or the Ting Korean restaurant on 1st April between 6 and 7pm to visit their nearest hospital and get tested for COVID-19.

The two cases reported on Monday were a couple who had travelled from Which previously, on March Nonthaburi Province on 30th March  to visit relatives who have houses in Petch-Sa Song community area of Hua Hin Municipality. Later that evening they visited Maya Pub with  seven friends.

On 31st March, the couple began to feel unwell and and were admitted for treatment at Bangkok Hospital – Hua Hin and later tested positive for the virus.

Tests carried out on friends and relatives who had been in close contact with the couple confirmed two  more cases.

Another case was then confirmed which was linked to the case at the Korean restaurant.

All patients are now being treated at Hua Hin Hospital.

Through contact tracing, health officials were able to confirm the patients visited several places in the Hua Hin Municipality.

Public health officials have arranged for a team of staff to clean up and disinfect the locations where the patients visited.

So far, 100 people have undergone COVID-19 tests at Hua Hin hospital, with anyone who thinks they may have visited either the Maya Pub or Ting Korean restaurant on the dates stated urged to take a test.