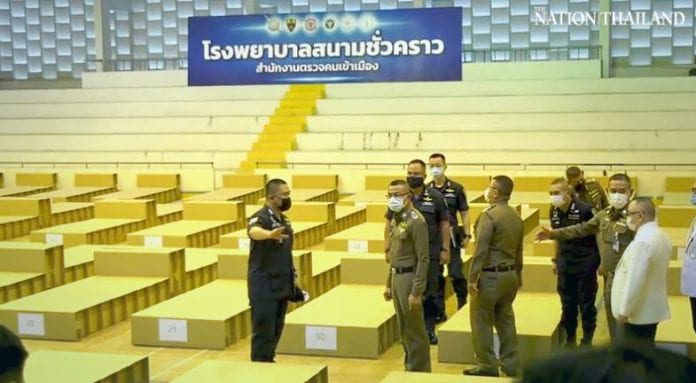 “The Royal Thai Police’s Immigration Bureau has converted the stadium into a 100-bed field hospital due to the increasing number of infections among migrant workers who had entered Thailand illegally and are awaiting to be sent back to their country.”

“Currently, the quarantine facilities at the Immigration Bureau’s Suan Plus and Bang khen branches have 1,615 persons in them, and there could be more in the future.”

The Ministry of Public Health announced on Monday that 395 people held quarantine facilities of Bang Khen Immigration Bureau had tested positive for Covid-19.

“The infection was found as early as on March 11 in nine people.

On March 15, 16 people who had close contact with patients tested positive.

“From March 18-21, the ministry launched proactive testing and found 318 more people infected, most of whom are asymptomatic.”