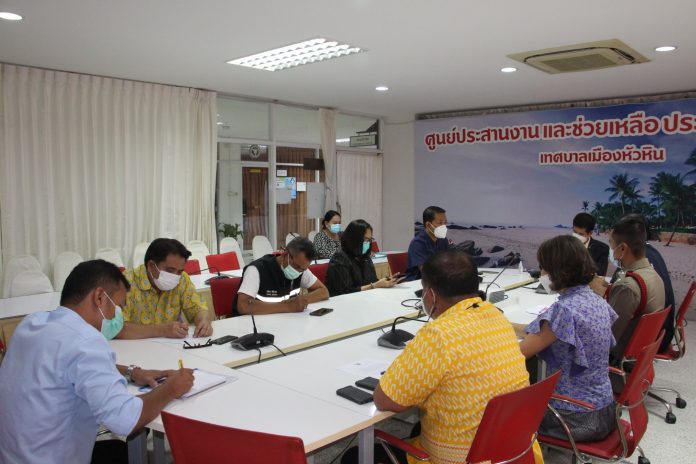 Vendors trading on the sidewalk outside Hua Hin Wittayalai School next to Market Village have come under the spotlight of the local municipality.

On Tuesday (June 28), Mr. Nopporn Wutthikul, Mayor of Hua Hin presided over a meeting among municipal officials after members of the public complained the vendors were blocking the sidewalk.

The vendors sell mainly food items such as snacks and drinks, as well as other goods, to students at the end of the school day.

However, the municipality has received complaints about the vendors trading in an area which should be reserved for pedestrians.

The complainants said the vendors were blocking the footpath and causing unnecessary congestion, which in turn could result in accidents between pedestrians and motorists outside the school.

As of Wednesday (June 29) no vendors were trading outside of the school.

The meeting agreed that the vendors should be allowed to trade, however, guidelines would first need to be established in order to allow them to trade safely and in a location which will not cause congestion to pedestrians.

Over the longer term, officials said the Municipality will negotiate with the State Railway of Thailand to request the use of the area beneath the dual-level railroad crossing bridge at the Bonkai Railway Intersection (next to the roundabout on Soi 88) to become a permanent home for food vendors.